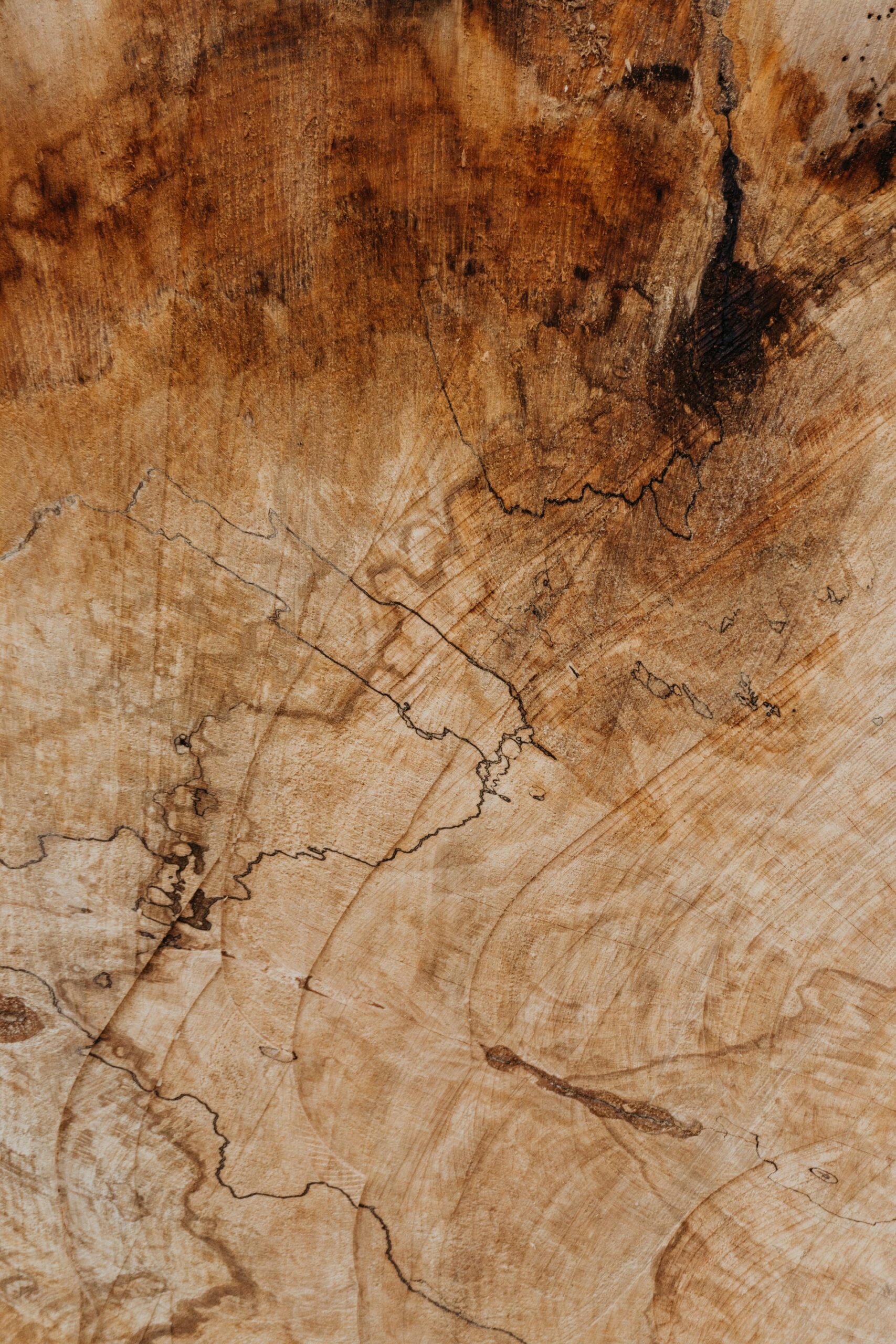 Find the Perfect Lacquer for You

Lacquer is frequently considered to be the best all-finish to use on wood. It is durable and dries quickly. There are several different kinds of lacquers that are available for woodworkers to use. However, what is involved in selecting the best one to use on your project. In this article, we will be guiding you through this process.

What is the Difference Between Lacquer and Varnish?

Lacquer paint is a type of solvent-based finish that is comprised of dissolved pigments, plasticizers, and nitrocellulose. This product may be used for creating protective layers on surfaces like wood and metal. Although both lacquer and spray varnish provides a protective finish to wood, the better option is often considered to be lacquer.

Both of these products provide a shiny finish, with lacquer providing various levels of sheen and a range of colour options. Spray varnish, on the other hand, has a tendency to only be clear. There is a clear option of lacquer that is available. However, it can also be purchased in a range of sheens from high gloss finishes to ultra-matte finishes. Lacquer used on wood may also be purchased in an easy-to-use spray can. There are also paint-on and rub-on options that are available. Lacquer is thinner and therefore dries more quickly than varnish.

It is believed that it is easier to apply lacquer compared to polyurethane (another type of wood sealant). When applying polyurethane, you must be very precise and careful. On the other hand, when applying lacquer, this attention to detail is not necessary.

If you cause any damage or make any mistakes, it is much easier to repair when using lacquer, since a more complex process is required by polyurethane for any damage to be corrected. Lacquer may be used on metal surfaces in addition to on wood. The two products cannot be applied on the same surface together, since they do not work well together and the surface may be damaged.

Polyurethane offers a more durable surface compared to lacquers. However, it takes much longer for it to dry. Lacquer over time can yellow when it is exposed to sunlight. In addition, it is quite prone to scratches. So if you have several layers to apply, it is faster and easier to do with lacquer compared to polyurethane.

This type of lacquer is made by combining fast-drying solvents with cotton pulp and wood that contains cellulose that is broken down by sulfuric and nitric acid. In 1921 the chemist Edmund Flaherty, who worked for DuPont Chemical Company, invented nitrocellulose lacquer. Henry Ford quickly picked it up to use with his mass-produced car since finished automobiles could come off of the assembly line more quickly. Nitrocellulose lacquer soon afterward replaced oil-based varnishes and shellac and became the industry standard and preferred finish for cabinet and furniture manufacturers.

There are considerable benefits for both small and large production shops. Nitrocellulose lacquer dries quickly and is fairly inexpensive. A fairly good protective layer of film is provided by the cured resins over the wood. Once the hard film has cured, it rubs out quite well. It has a slightly amber colour that enhances both dark and light types of woods with an attractive, warm patina. It is also an evaporative finish, so each new lacquer coat blends in with all of the earlier coats, which makes repairing it easy.

Using nitrocellulose lacquer also has some notable disadvantages. As it ages the film yellows. Eventually, it may shrink to the point where cracks (often referred to as crazing) form on surfaces. Although there are some versions that are designed and marketed as brushing lacquers, much better results can be obtained when it is sprayed on. However, the overspray is very flammable. (Nitrocellulose lacquers have some of the same ingredients that are used in manufacturing explosives.)

Since it dries so fast, when it is applied under high humidity conditions, condensed moisture can be trapped by the lacquer film and the finished film may have a cloudy appearance. This problem is called blushing. It can be overcome by a retarder, which is a slower-drying thinner, being added. This makes it possible for the moisture to escape prior to getting trapped inside the film.

Acrylic lacquer is widely used by the automobile industry. It may be used on wood as well and is great to use with lighter woods since the product dries clear from being comprised of synthetic acrylic polymers. Over time the finish does not start to yellow, unlike nitrocellulose lacquer. It is also more scratch-resistant and tougher overall.

CAB-Acrylic Lacquer is a common option. It contains Cellulose Acetate Butyrate (CAB), which is a type of transparent thermoplastic. The lacquer contains acrylic resins as well, which increase its flexibility and durability compared to standard types of acrylic lacquers.

An important thing to note is there is another kind of lacquer called a waterborne lacquer. It is totally different, is better for the environment, not as hazardous, but compared to other kinds of lacquer is not as durable.

Similar to many of the other finishing products that are available today to hobbyist woodworkers, market demand drove catalyzed lacquer development from the cabinet and production furniture industries. They were looking for a product that had the same ease of application and the look offered by nitrocellulose lacquer, but that would also provide much better abrasion, chemical, and water resistance. Chemists in the coatings industry went to work and were able to create catalyzed lacquers. These hybrid reactive finishes cure chemically, and not only through solvent evaporation. Some nitrocellulose resins are contained in catalyzed lacquers, but adding in urea resins makes the products a lot more durable. Whenever an acid catalyst gets added to the mix, it initiates the chemical cure.

If you would like to purchase a catalyzed lacquer, your choice will be between the post- or pre-catalyzed version. They both have limited pot lives, based on when a catalyst is added. Pre-catalyzed lacquer manufacturers add the catalyst in the store where it is purchased or at the factory. If you purchase a post-catalyzed lacquer, the catalyst will need to be purchased in another container separately and you will need to do the mixing. When you are doing the mixing, there is not much leeway for getting the right proportions. You need to be very precise in order to achieve a finish that cures properly.

High-volume, large shops prefer using pre-catalyzed lacquers since their production cycles guarantee a predictable quantity will be used over a certain time period. When the pre-catalyzed version is purchased it saves them both time and labour, and the possibility of an operator error occurring is eliminated due to the correct proportions not being mixed. Usually, small shops prefer the post-catalyzed version since they can mix whatever they need in smaller batches, to avoid the waste of needing to throw away the unused finish. When it comes to pot life, storage temperatures affect it, and the formulations will vary across manufacturers. Therefore, you will want to make sure you closely follow the instructions.

As has been shown, each type of lacquer has advantages and disadvantages. If you are not sure, give us a call and we will provide you with advice so you can find the ideal product to use for your job.

We use cookies on our website to give you the most relevant experience by remembering your preferences and repeat visits. By clicking “Accept All”, you consent to the use of ALL the cookies. However, you may visit "Cookie Settings" to provide a controlled consent.
Cookie SettingsAccept All
Manage consent

This website uses cookies to improve your experience while you navigate through the website. Out of these, the cookies that are categorized as necessary are stored on your browser as they are essential for the working of basic functionalities of the website. We also use third-party cookies that help us analyze and understand how you use this website. These cookies will be stored in your browser only with your consent. You also have the option to opt-out of these cookies. But opting out of some of these cookies may affect your browsing experience.
Necessary Always Enabled
Necessary cookies are absolutely essential for the website to function properly. This category only includes cookies that ensures basic functionalities and security features of the website. These cookies do not store any personal information.
Non-necessary
Any cookies that may not be particularly necessary for the website to function and is used specifically to collect user personal data via analytics, ads, other embedded contents are termed as non-necessary cookies. It is mandatory to procure user consent prior to running these cookies on your website.
SAVE & ACCEPT